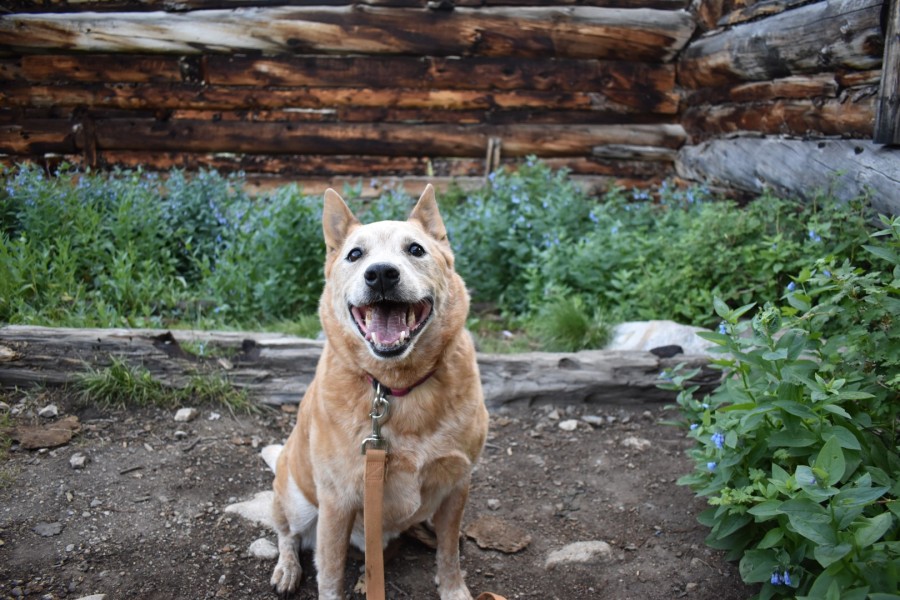 Is there a better way to spend a morning than by hiking to a ghost town in the mountains?

The Boston Mine can be found in Mayflower Gulch, a scenic basin surrounded by the rugged Tenmile 13ers. It’s not far to hike the dirt road in from Hwy 91, but if you have an appropriate vehicle, you can drive all the way to the Boston Mining Camp, saving yourself from efforts on a day you just want to be lazy. (Like me on this particular day.)

It was nearing the end of my brother Nicholas’ 2-week visit, and this hike was one of the remaining few that he really wanted to fit in (even though we’d done it just last year!) My husband Kyle had never been here before, so we dragged him along as well.

Since we were able to park so close to Boston, we could spend more time exploring. We investigated the remaining mining camp buildings and the adjacent mining area.

If you’re looking to explore even more (and even cooler) mine ruins, continue along the trail that heads up to the end of the basin.

Ruins and artifacts line nearly every square inch of the basin and surrounding hillsides. You just have to look!

There are a few trails and things to see at the top of the basin, but we were heading to the ore chute and bunkhouse ruins. I’m unable to find the name of this particular mine, but I believe it’s considered to be part of the Boston Mine.

After some more explorations, we headed back down to lunch and an afternoon of easy-peasy ghost town hunting.

A plaque and a handful of interpretive signs are the only remaining evidence that towns once existed in this marshy area. This overlook off Hwy 91 is a quick stop on today’s history tour. This chunk of land has long been used as a tailings dump for the nearby Climax Molybdenum Mine. But before that, there were 3 towns here! Currently, the area is being reclaimed and turned into wildlife habitat.

Ghost Town of Climax and Climax Molybdenum Mine

The Climax Molybdenum Mine is a huge open pit mine above 11,000′. Most well known as one of the world’s premier producers of molybdenum, what is less known is that Kyle worked there for 6 months last winter.

Hwy 91 goes right past the mine’s front gate, and we stopped to show Nicholas. On the other side of the road, Climax has a small outdoor museum set up, complete with ore train, excavator bucket turned into tunnel, and numerous interpretive signs.

The mine and museum are situated at the top of Fremont Pass, former site of the Town of Climax, which served the Climax Mine and its thousands of workers in the mine’s earlier days.

Our final stop was the most brief, and probably the most shrouded in mystery. (No interpretive signs here!) Gilman is located on private property and admittance is prohibited. (There’s a reason it’s so well preserved!) Visible from Hwy 24, Gilman is still worth a visit. Abandoned homes line what were once narrow streets, and you can easily picture what life here must have been like.