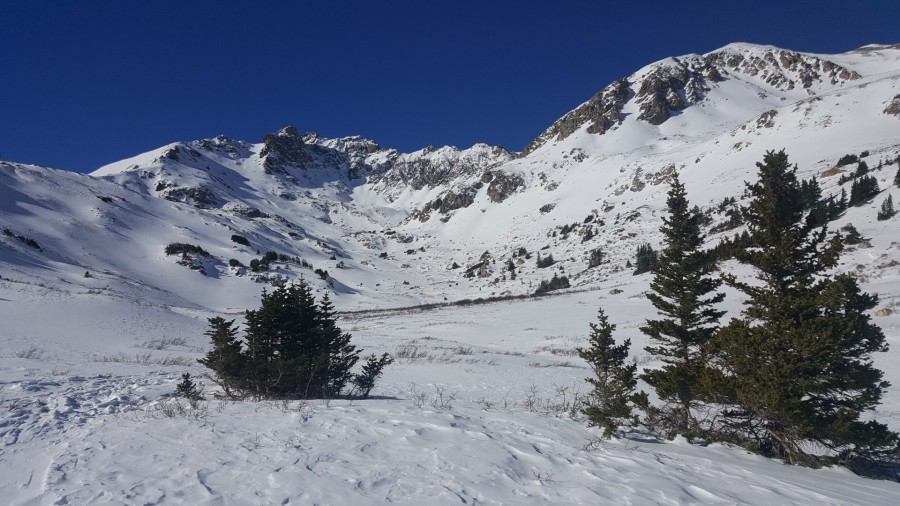 I’m a giant baby when it comes to the snow, in that I hate it but also I know nothing about it. Sure I can strap on some snowshoes and tromp around, but I don’t know anything about avalanche danger, and I’m definitely not experienced enough to do more challenging hikes and climbs in the winter. (My friends and I signed up for a FREE avalanche awareness class in January – so excited!!)

Because of my “snow-related issues”, I’d put off going snowshoeing for the first time this season until I had someone to go with, and with having extra time off over the Thanksgiving holiday, my friend Abigail was available and ready to go!

We picked Herman Gulch because neither of us had done it before, it was supposed to be amazing, and it was both super close to Denver and easily accessible by passenger car off the interstate.

We didn’t actually NEED snowshoes, microspikes would have been fine, but we had fun practicing using our snowshoes and enjoyed complaining about how much harder they are than regular hiking.

We also enjoyed the amazing views along the way!

The goal was to get to Herman Lake, but with the trail not being marked and the trench not going the right direction, we ended up not going far enough. But that’s okay! We won’t be upset to have to come back to this beautiful place!